Homestead on the Corner

At the end of the Golden Age of Piracy, ex-pirate turned pirate-hunter Eli Barrett is found adrift at sea, raving that the infamous Anne Bonny is still alive. As he tells the captain his story, a bizarre tale of sea battles, shipwrecks, and the lost city of gold unfolds… and yet Anne Bonny is dead. Or is she?

This story features Sam Taylor as Andrew, Maurice Cooper as Captain Barnet, Jesse Steele as Eli Barrett, Jeff Frome as the Surgeon, Michael Dostrow as the First Mate, and Virginia Spotts as Anne Bonny. Original music for this episode was composed by Jesse Haugen (www.notemuse.com), the Homestead on the Corner theme was composed by Lauren Baker, and the closing credits were “Bones in the Ocean” by The Longest Johns(www.thelongestjohns.com).

Rate, review, and subscribe if you enjoyed, and learn more at www.homesteadonthecorner.com

Help support the show at www.patreon.com/homesteadcorner 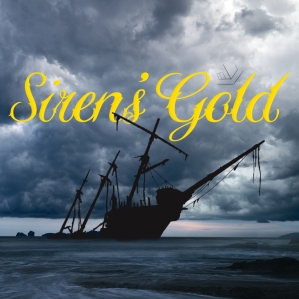 What Would You Give?